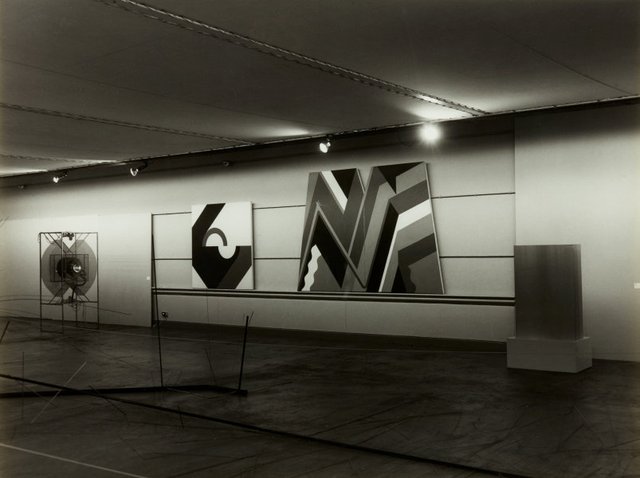 'The field' was the inaugural exhibition for the opening of the National Gallery of Victoria in its new home on St Kilda Road, Melbourne, in 1968. It featured a selection of 74 works by artists working in Australia. After being shown at the National Gallery of Victoria, it was exhibited at the Art Gallery of New South Wales from 30 October to 24 November 1968.
This photograph shows from the left on the wall John White 'Broken marriage' 1968 and Alan Oldfield 'Mezzanine' 1968 and Nigel London 'Untitled structure 68-1' 1968 on the floor. 'Phoenix II' 1966 by Michael Kitching is on the floor before 'Broken marriage' 1968 and 'Untitled' 1968 by Tony Coleing is on the floor on the foreground.