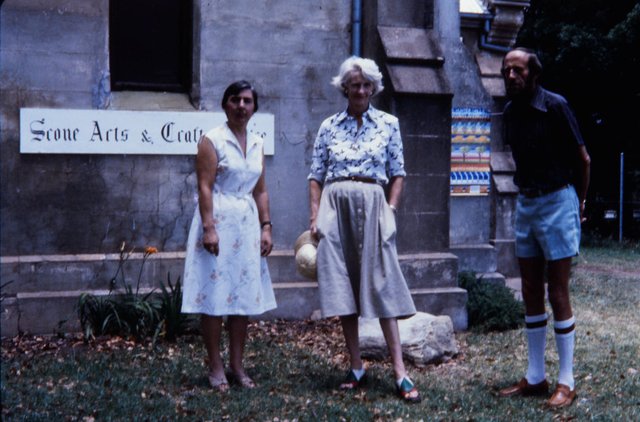 The Hunter Valley region has always been a major site of mining, today accounting for two thirds of New South Wales’ coal production. In the 1970s, the news of further extensive open-cut coal mining was a major issue for residents of the Hunter. On one hand, the mines promised thousands of jobs, but their negative environmental impact was undeniable.

Sydney gallerist Frank Watters had a strong personal connection to the area, having grown up in Muswellbrook as the son of a coalminer. In the late 1970s, after returning for the first time in years, Frank rediscovered his love for the region.

And so, the combination of Frank’s love for art and his love of the Hunter Valley slowly grew into the idea that became the Upper Hunter Valley environment exhibition. The region was known for dairy, fodder and wool production – most people saw themselves as farmers rather than coalminers. Drawing on this, as well as growing outrage felt towards the proposed mining expansion, Frank called on residents to contribute their art and craft works to be part of the initial exhibition in Muswellbrook, which then toured other Hunter Valley towns, including Singleton, Scone and Denman throughout 1979 and into 1980. The exhibition finally made its way to Frank’s own gallery in Sydney, Watters Gallery, at the end of 1980.

The show was an unprecedented success, with attendance figures often outnumbering the population of the towns it visited. While the majority of the artworks, memorabilia and craft displayed were made by non-professional artists, schoolchildren and residents of the Upper Hunter, fine art authorities and critics also flocked to it. The exhibition represented the transition of a way of life; through the process of making art about the area, people began to realise the real extent of the environmental issue at hand.