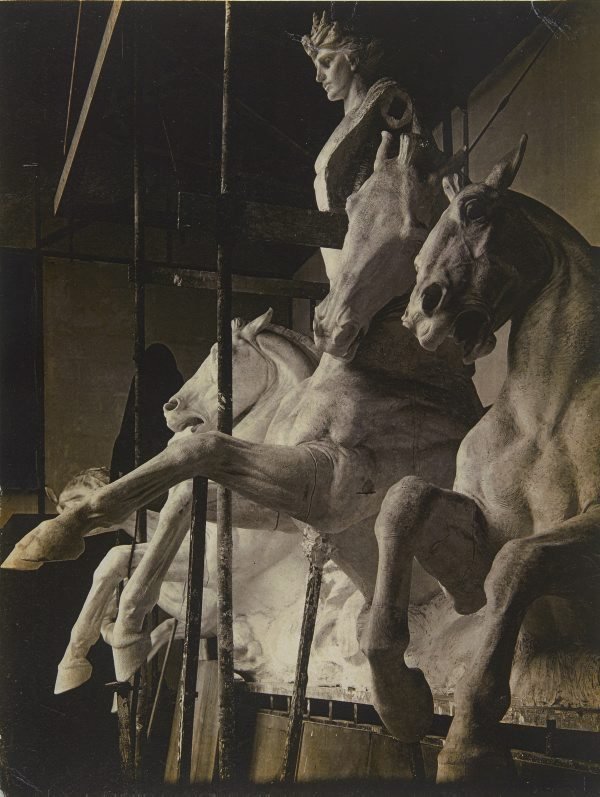 Image of plaster cast of the sculpture 'Phoebus driving the horses of the sun' 1912-24 by Bertram Mackennal for Australia House, London

In 1912 Bertram Mackennal was appointed to a committee to oversee plans for the new Australia House in the Strand, London. He and fellow sculptor, Harold Parker, were commissioned to create exterior sculptures for the building. Mackennal's work, 'Phoebus driving the horses of the sun' was deferred during World War One, and finally installed on the pediment of Australia House in 1924.