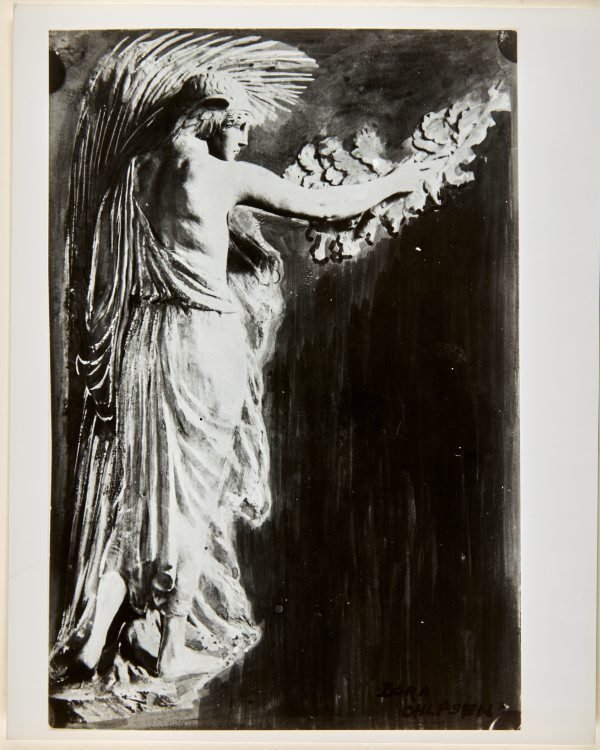 This design shows that Ohlfsen originally intended a male figure for the pedestal of her war memorial, a type of the god Mercury. However, the completed memorial included a female figure on the pedestal.