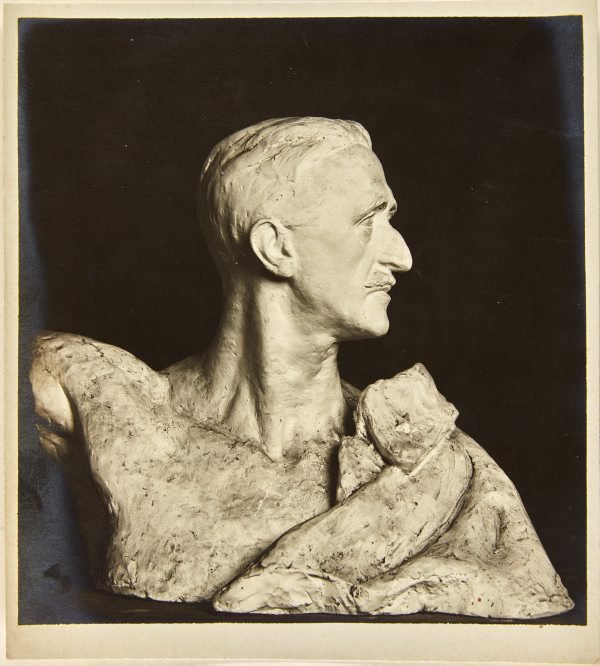 Duke Fulco Tosti di Valminuta was a good friend and patron of Dora Ohlfsen. The 'Triad' noted in 1921 that "this bust was made by Miss Dora Ohlfsen on a commission from the officers and men of the Duke’s Regiment". The Duke was a Neapolitan and had his principal residence at Gaeta. He also had a house at Formia, where Ohlfsen designed the war memorial. It was probably through his support that the memorial was approved.