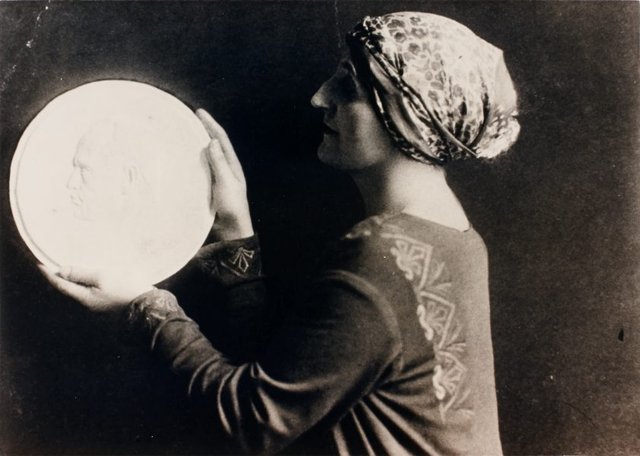 In 1922 Mussolini agreed to sit for a portrait by Dora Ohlfsen. She visited him at Palazzo Chigi, making sketches for the work. He eventually signed the plaster cast of the medallion and inscribed it with the motto 'per adua ad astra' (through adversity to the stars). The portrait was a commission from Adrian Charles Moreing, the owner of a bauxite mine at Predil. The medallion was presented as a gift to Mussolini and another copy was placed at the entrance of the mine.