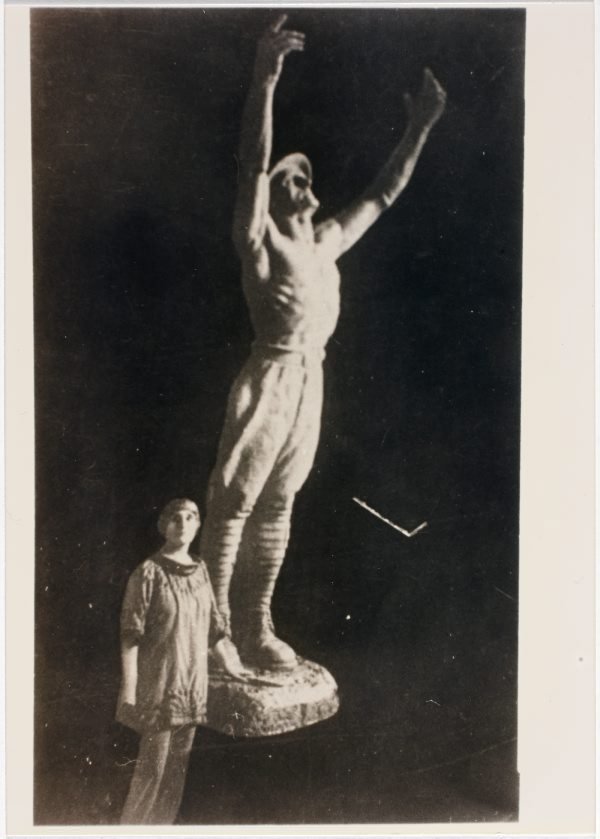 Dora Ohlfsen with the plaster cast of 'Sacrifice', the central figure of her 1926 Formia war memorial, Italy