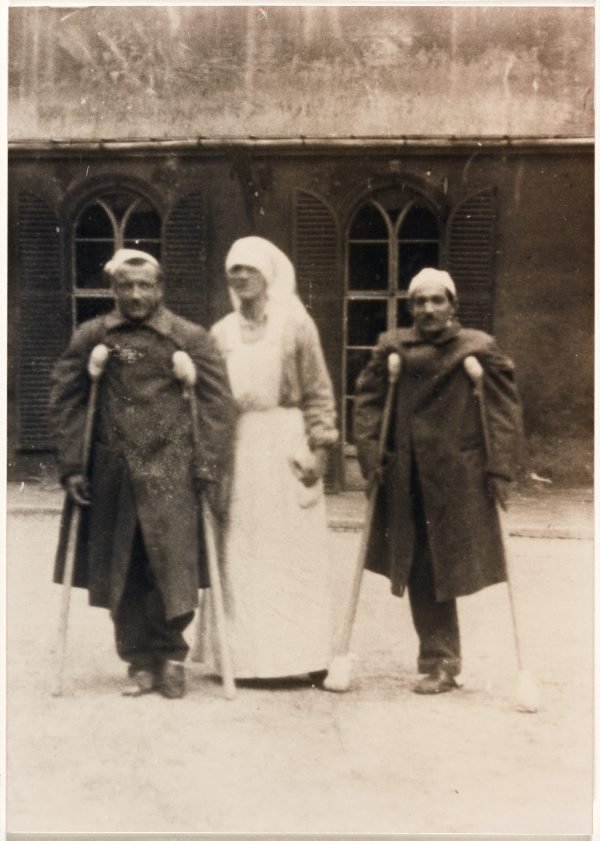 Italy joined the First World War on the side of the allies in 1916. Dora Ohlfsen wrote to an Australian niece around this time "in society there is nothing doing but first aid". She and her partner Elena von Kugelgen joined the many other women nursing with the Red Cross, first assisting during the Avezzano earthquake of 1915, which killed over 30,000 people. She also worked as a volunteer in the Italian Auxiliary Hospital opposite her studio, where there was a shortage of nurses. This photograph was probably taken there.