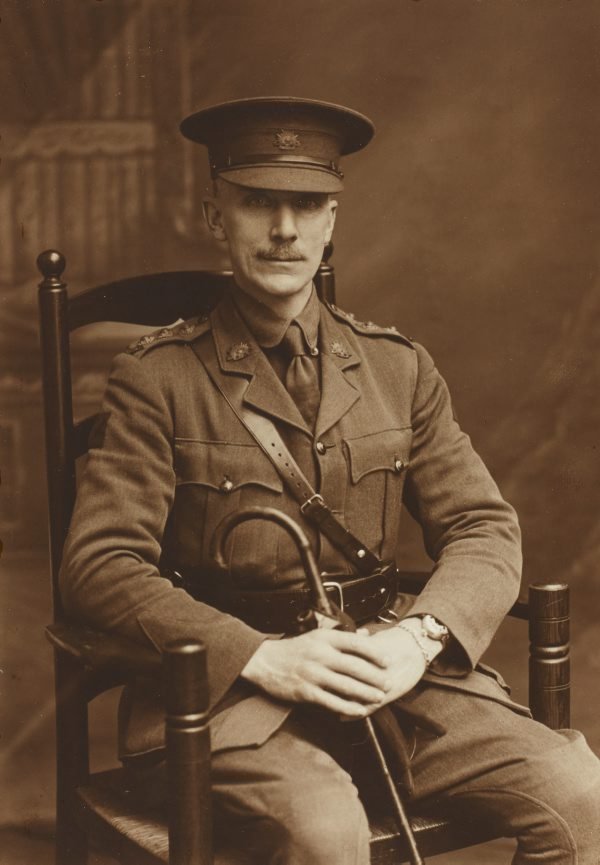 Dr Robert A. Fox was appointed a trustee of the National Art Gallery of New South Wales in 1920 and resigned in 1927. This photograph shows him in military uniform. He enlisted in the army in 1917 and was commissioned as a captain. However, in 1918 he was discharged as medically unfit for service and returned to Australia the same year. He work as the superintendant of the hospital in Lidcombe, Sydney, and was known as a collector of Japanese art.