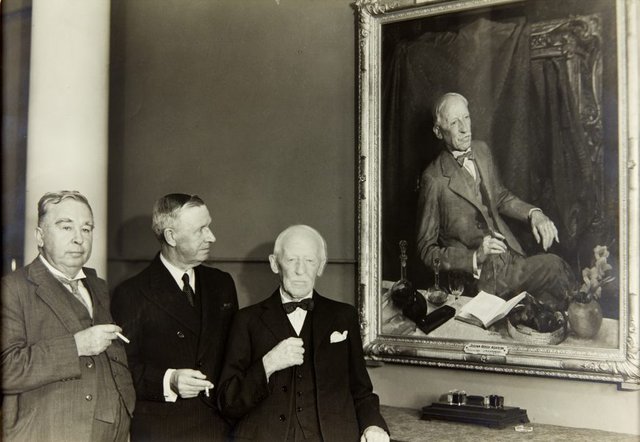 Julian Rossi Ashton with his portrait by George W. Lambert

Julian Ashton founded what is now known as the Julian Ashton Art School in The Rocks district of Sydney in 1896, which provided training for numerous subsequently eminent artists. As portraitist, landscape painter and illustrator, Ashton was a respected artist in his own right and a leading advocate of Impressionism in Sydney. A trustee of the Art Gallery of New South Wales from 1889–1899, he was an influential figure in Sydney artistic circles for over forty years.

Ashton is pictured he with his portrait painted by George W. Lambert in 1928. Lambert was a finalist in the 1928 Archibald prize with the work, which was then acquired by the Art Gallery of New South Wales in 1929.