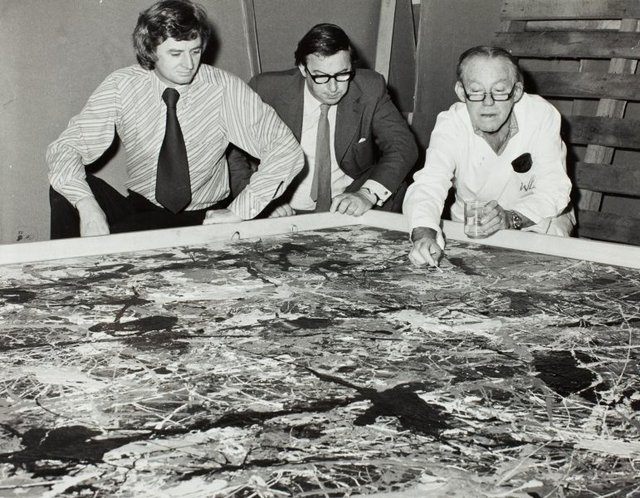 Jackson Pollock’s major painting ‘Blue Poles’ 1952, which had been recently acquired by the Australian National Gallery when this photograph was taken, was lent to the Art Gallery of New South Wales on its arrival in Australia from the United States. It was exhibited from 8 April-2 June 1974. An exhibition leaflet about the painting was written by Renee Free, a curator at the Art Gallery of New South Wales.