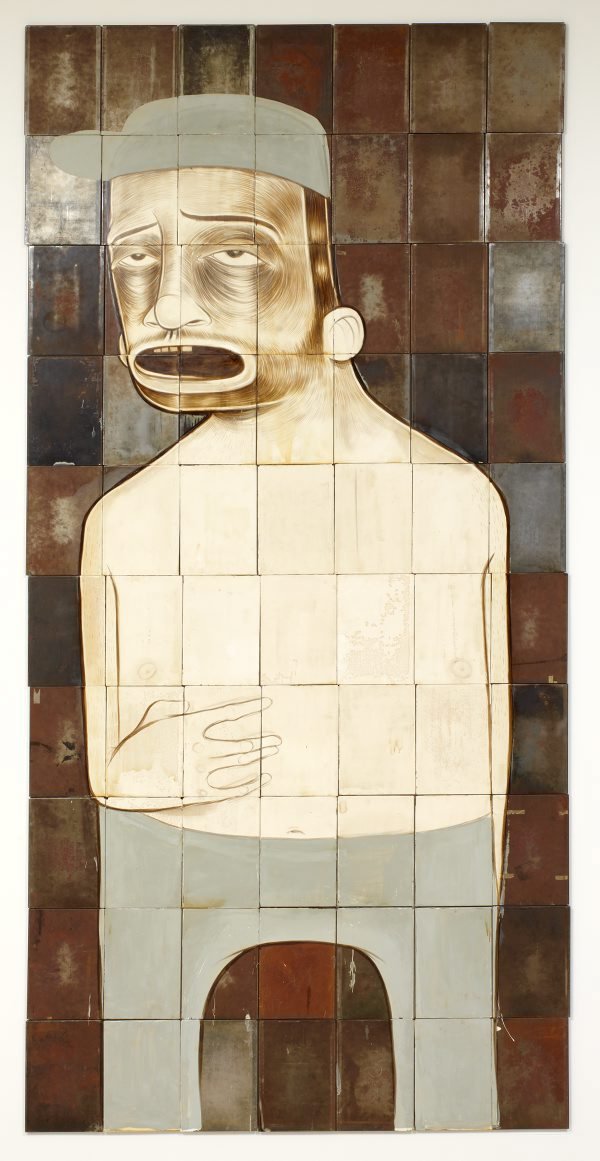 Barry McGee began his career in the 1980s as a graffiti artist. Since the mid 1990s, however, he has been known for his unique murals and installations displayed in museums around the world. His experience as a street artist remains central to his practice and is reflected in his style, use of materials and the ideas behind his work.

In this work McGee’s trademark icon – a caricatured male figure with a twisted oddball face and sagging eyes – is depicted in common house paint on 70 metal plates. The plates are repurposed typesetting trays; cast-offs of a changing industry, their corroded, oxidised surface expresses their age and obsolescence. The hulking figure painted upon them bears a similarly worn-down appearance. His mouth open, he seems to gesture towards himself as if attempting to express his story.