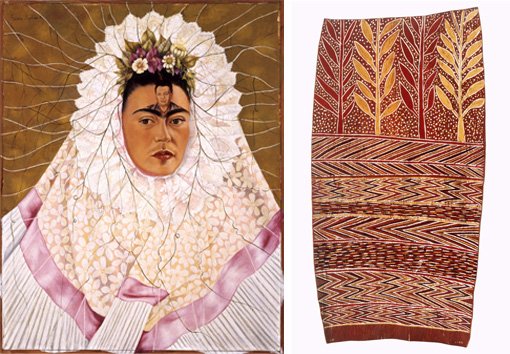 The Art Gallery of New South Wales is delighted to announce its 2016 exhibition program. Looking locally and to all points of the globe, the program is set to provide a diverse, enjoyable and energetic offering to visitors in the coming year.

Director of the Art Gallery of NSW Michael Brand said, “Celebrating Australian and international perspectives, our 2016 program offers an inspiring art experience that builds upon what has been a most positive year for the Gallery. We are very pleased to report an increase in visitation numbers with Gallery attendance of over 1.3 million in the past 12 months, up 13% from the 2014-15 financial year, and over 140,000 visitors to the 2015 Archibald, Wynne and Sulman Prizes.”

The Art Gallery of NSW program in 2016 is marked by a rich Indigenous art program, commencing with artist and curator Jonathan Jones’ ground-breaking Murruwaygu: following in the footsteps of our ancestors (28 November 2015 – 21 February 2016). Celebrating the Aboriginal culture of south-east Australia, the exhibition explores the traditional use of line specific to the practice of Koori men. Including shields, paintings and works on paper dating from pre-contact to today, it presents works by William Barak, Tommy McRae, Roy Kennedy, HJ Wedge, Steaphan Paton and Reko Rennie.

Later in the year the Gallery presents Milingimbi (12 November 2016 – February 2017), which highlights the Gallery’s exceptional collection of bark paintings, weavings and wooden sculptures from this island community in central Arnhem Land. Centred on the work of artists Binyinyuwuy, Lipundja and Djawa, the exhibition highlights the diversity and strength of practice in Milingimbi in the 1950s.

The 2016 program also continues the Gallery’s strong focus on Asian art history and culture, with the Gallery hosting Australia’s first ever exhibition on the Tang dynasty (618 – 907). Tang: art from the Silk Road capital (9 April – 10 July 2016) showcases 130 spectacular artefacts from the Chinese province of Shaanxi. From treasures of gold and silver, glass and ceramics to sculptures and mural paintings, Tang demonstrates the high artistic achievements of this golden age of China. Accompanying the exhibition is an immersive digital presentation that uses pioneering virtual-reality technology to transport visitors to a Dunhuang painted cave.

From China, the Gallery then moves to Japan with Tsukioka Yoshitoshi’s masterful series One hundred aspects of the moon – a focal piece in the Gallery’s collection – on display in its entirety for the first time (20 August 2016 – January 2017). This is followed by Beyond words: calligraphic traditions of Asia (27 August – April 2017), which traverses the Asian continent to explore the importance of Asian calligraphy as art and in art.

Another highlight of the 2016 program brings together some of the most famous works of leading 20th-century Mexican artists Frida Kahlo and Diego Rivera. Frida and Diego (25 June – 9 October 2016) features 40 artworks from the renowned collection of Jacques and Natasha Gelman, alongside fascinating photographs of the couple taken by Edward Weston, Nikolas Muray and Frida’s father, Guillermo.

Then in May, the highly anticipated video installation Manifesto (28 May – 13 November 2016) by renowned German artist Julian Rosefeldt featuring actress Cate Blanchett, commissioned in partnership with ACMI, goes on display, as well as Tracey Moffatt’s Laudanum series with its focus on melodrama. Visitors can also look forward to the Dobell Australian Drawing Biennial 2016 (30 July – 11 December 2016), the second in a series of curated exhibitions of contemporary Australian drawing, which includes works by Jumaadi, Maria Kontis, Richard Lewer, Noel McKenna, Catherine O’Donnell and Nyapanyapa Yunupingu.

Popular annual exhibitions continue with the much-loved ARTEXPRESS bringing a selection of outstanding student artworks into the Gallery from March, and with one of Australia’s most anticipated art events, the Archibald, Wynne and Sulman Prizes, celebrating its 95th year.

“In 2015 we saw fantastic attendance to the Archibald, Wynne and Sulman Prizes, a testament to the exhibition’s enduring relevance. As well as the inevitable lively expression of opinion, the exhibition acts as wonderful visual record of time and place in our cultural, social and political history, chronicling the changing face of Australia,” Brand said.

An important part of the Gallery is the Brett Whiteley Studio in Surry Hills, which officially came under Gallery ownership earlier this year. In 2016 the Studio will host an engaging year-round schedule of public programs and exhibitions focusing on Whiteley’s travels and influences.

November 2016 will see the return of the Sydney International Art Series, with a major exhibition in collaboration with a leading London institution. Further details to be announced soon.

Celebrate art at the Gallery in 2016!

Exhibition titles and dates are subject to change.

Find out what’s on 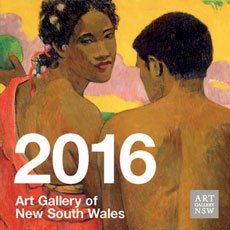