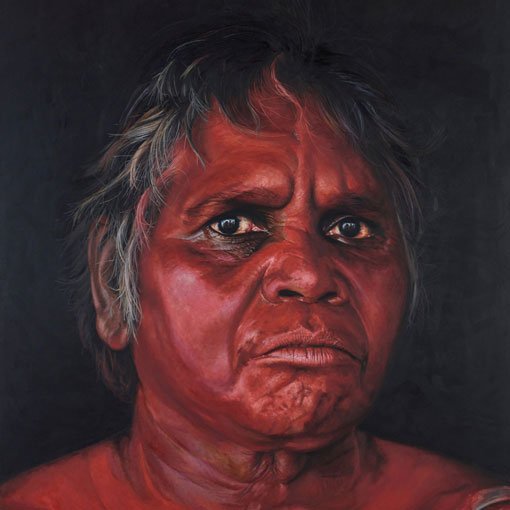 Second time Archibald Prize finalist David Darcy has been crowned the 2019 ANZ People’s Choice award winner with his portrait of Daisy Tjuparntarri Ward, a respected elder of the Warakurna community and Ngaanyatjarra people of Western Australia.

Remarkably, the Upper Hunter based Darcy has been an Archibald prize finalist twice in consecutive years after only taking up painting full-time two and half years ago.

Darcy decided to paint Mrs Ward after meeting her last year and the two quickly hit it off and became good friends.

“Last year Tjuparntarri walked into my studio looking for art supplies. Over several weeks, we got to know each other, and I discovered I’d met an extraordinary woman.

“Tjuparntarri is a beautiful human being. She is a strong, proud indigenous women of great substance. It was an honour to paint her and I am overwhelmed with pride knowing that through my endeavours, her portrait has connected with so many people. Thank you to everyone who voted!” Darcy said.

Ward is a cultural and community liaison officer for regional WA schools and is a director on the NPY Women’s Council, an advocate against domestic violence, a qualified translator, artist and sought-after storyteller.

“I am very proud and happy that we, the people of the central deserts, are being recognised in this way”, Ward said upon hearing of Darcy’s win.

Congratulating Darcy and Ward, Art Gallery of New South Wales Director Michael Brand said, “Each year we continue to be delighted by the thoughtful and compelling comments members of the public leave as they cast their vote for their favourite portrait.

“David’s striking depiction of Daisy Tjuparntarri Ward certainly struck a chord with visitors to the exhibition with many commenting on the strength and emotion visible in her gaze. It is no surprise that it came out on top as the ANZ People’s Choice award winner.”

This year, the lucky voter is Bernadette Wright from Brisbane, who receives a $2000 cash prize from ANZ.

“David’s portrait really grabbed me. The arresting power and intensity in her eyes were what really took my breath away,” Wright said.

ANZ Group Executive Australia Retail and Commercial, Mark Hand, said “Congratulations to David Darcy on winning the ANZ People’s Choice Award. This year marks a decade of support from ANZ for the competition, and yet it still continues to surprise, challenge and delight us and the wider community. We are proud to announce that we will continue being a part of this important celebration of the arts for an additional three years.”

Michael Brand reiterated the Gallery’s delight that ANZ have chosen to renew their partnership of the country’s most prestigious art prize for an additional three years. “I’m delighted that after ten years of support ANZ has committed to continue supporting the Archibald, Wynne and Sulman prizes through to the 2022 exhibition”, Brand said.

The Archibald Prize People’s Choice was first awarded in 1988 – now supported by presenting partner ANZ – and this year over 22,000 visitors to the 2019 Archibald, Wynne and Sulman Prizes have had their say with more than 12,000 visitors providing written comments about their favourite work.

Finalist works for the 2019 Archibald, Wynne and Sulman Prizes are on show at the Art Gallery of New South Wales until 8 September. Archibald Prize finalists will then go on a tour of regional galleries and museums beginning at the TarraWarra Museum of Art in Victoria on 14 September.

To celebrate the Archibald Prize’s 100th anniversary in 2021, the Art Gallery of New South Wales will also present Archie 100, a national touring exhibition exploring the history of the Prize in its centenary year. Arranged thematically, the centenary exhibition will present a diverse selection of Archibald portraits offering audiences a unique insight into Australia’s most celebrated portraiture prize over its 100-year history. The Art Gallery of New South Wales has launched a public call out for information about or images of former Archibald Prize works that are not currently on the Gallery’s website. Members of the public can get in touch at archie100@ag.nsw.gov.au . 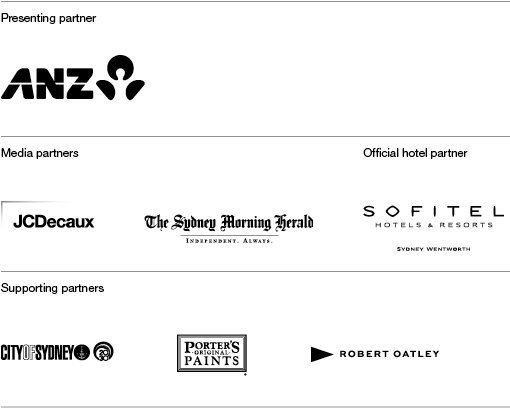