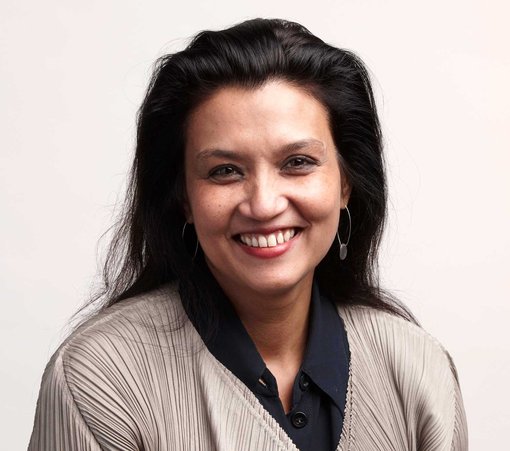 The West Kowloon Cultural District Authority (WKCDA) today announced the appointment of Ms Suhanya Raffel to the position of Executive Director, M+, the new museum for visual culture as part of the West Kowloon Cultural District, presenting 20th and 21st century art, design, architecture and the moving image to the world from its base in Asia. Ms Raffel’s appointment is effective November 2016. M+ opens in 2019.

Dr Michael Brand, director, Art Gallery of New South Wales, said in her role as Director of Collections and Deputy Director of AGNSW Ms Raffel’s numerous achievements include consolidating the Gallery’s outstanding curatorial team and her contribution to the progression of the Sydney Modern Project, drawing on her experience working on the development of Queensland’s Gallery of Modern Art.

“My heartfelt congratulations to Suhanya. I’m thrilled that she has been appointed executive director of M+. This is a brilliant opportunity for Suhanya and very well-deserved.

“I’ve long been a champion of Suhanya’s leadership skills and creative sensibilities. I wish her every success at M+ and I look forward to continuing our close working relationship,” Dr Brand said.

“This prestigious international leadership role is not only a very significant next step for Suhanya, but is a great moment for all women working in the arts in Australia and internationally. The Australian museum sector can be proud that Suhanya will soon be heading up a major international art museum,” Dr Brand added.

Brand and Raffel first worked together in 1996 at the Queensland Art Gallery where Raffel was instrumental in building its contemporary Asia Pacific collection and led multiple Asia Pacific Triennials of Contemporary Art and The China Project in 2009. She was acting director of the institution in 2012.

President of the AGNSW Board of Trustees, David Gonski said Ms Raffel is an arts leader with impressive talent and extensive experience in particular at the Art Gallery of New South Wales and at QAGOMA prior to that.

“Michael Brand is hiring great people with huge capacity and with that comes the inevitable fact that they will progress their careers when the right opportunities are presented to them.

“On behalf of all the Trustees of the Art Gallery of New South Wales I wish Suhanya all the very best in her new role as Executive Director of M+ where I am sure she will make her mark,” Gonski said.

Currently in Hong Kong for the announcement of her appointment, Ms Raffel said she is honoured to have been offered the directorship at M+.

“I am very excited about this next step, to lead the M+ team in Hong Kong and together with them make a magnificent museum.

“Over the past 30 years the most sustaining and precious generators for my work have been twofold: art, and my inspirational creative work colleagues,” Ms Raffel said.

“I want to especially acknowledge Michael Brand who has been a mentor, collaborator and supporter of my work. I thank him for his belief in me, especially as I considered this next exciting challenge. I will watch closely the exciting developments at the Art Gallery of New South Wales as the Sydney Modern Project progresses,” Ms Raffel added.

“I am delighted that Suhanya has been appointed to this exceptionally important role and I look forward to close collaboration in future projects,” Ms Morris said.

“Suhanya’s vast knowledge of contemporary art, in particular the Asia-Pacific region, makes her the ideal choice for this prestigious appointment.

Hong Kong is fast becoming one of the world’s most vibrant art centres, and the opening of M+ with Suhanya at the helm in 2019, will anchor Hong Kong¹s position in the world of international art,” Kaldor said.

“Suhanya will be a great ambassador for Australian art and artists in her new position. It will be of great benefit to have an advocate such as Suhanya in Hong Kong,” Kaldor added.

Ms Raffel will remain at the Art Gallery of New South Wales until 2 September 2016. A search for her replacement is underway.