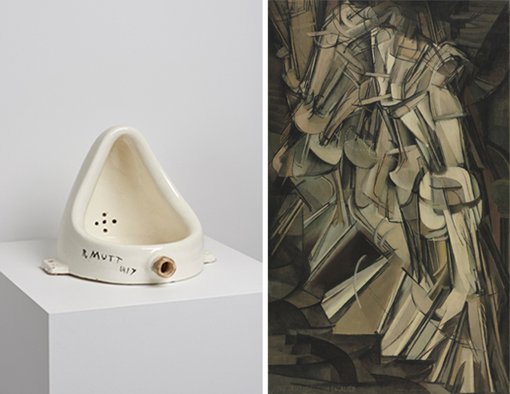 The most comprehensive exhibition dedicated to the art and life of Marcel Duchamp ever to be seen in the Asia-Pacific region will commence in Tokyo on 2 October, marking the 50th anniversary of the artist’s death, before travelling to Seoul and Sydney, opening at the Art Gallery of New South Wales in April 2019.

The exhibition will include approximately one hundred and fifty works and related documentary materials spanning the artist’s six-decade career. Drawn from the Philadelphia Museum of Art’s definitive collection of works by Duchamp, as well as its incomparable library and archival holdings relating to the artist, The Essential Duchamp will offer audiences a unique account of the fascinating life and influential work of one of the 20th century’s most original artistic figures.

This major exhibition will include important early works that have not before been seen in the Asia-Pacific region including Portrait of Dr. Dumouchel (1910), Sonata (1911), and Chocolate Grinder (No. 2) (1914), along with many other key works, among them Nude Descending a Staircase (No. 2) (1912 which made Duchamp’s name when it was exhibited at the epochal Armory Show in New York in 1913.

“We are delighted to share it with new audiences in the Asia Pacific region. Since 1950, when Louise and Walter Arensberg donated their distinguished collection to the Museum, it has been a destination for those interested in Duchamp’s work and has become an important centre for the study of his creative process.

“These holdings constitute a legacy that is central to our understanding of modern art. We hope to introduce audiences unfamiliar with Duchamp to his work and acquaint them with his complex modes of thought, his different personas, and the sustained effort he made to eliminate the boundary between art and life,” Rub said.

Dr Michael Brand, director, Art Gallery of New South Wales, said the Gallery is proud to partner for a second time with the Philadelphia Museum of Art.

“The Philadelphia Museum of Art is an encyclopedic museum of the highest order with a grand tradition of both research and innovative exhibitions. The Gallery is delighted to introduce to Australian audiences for the first time, the full creative accomplishment of this maverick artist who changed the way we look at art,” Dr Brand said.

The Essential Duchamp is organised by the Philadelphia Museum of Art. The international tour has been made possible by the Terra Foundation for American Art.

The exhibition will be presented at the Tokyo National Museum in Japan, before travelling to the National Museum of Modern and Contemporary Art in Seoul, Korea, and the Art Gallery of New South Wales in Sydney, Australia, from April-August 2019.

About the Duchamp Collection at the Philadelphia Museum of Art

The Museum contains more than 200 paintings, sculptures, prints, and works in other mediums by Marcel Duchamp (1887–1968). The core of these holdings came as part of the important bequest of Walter and Louise Arensberg; Duchamp had served as the couple’s advisor and helped guide their decision to leave their collection to the Museum in 1950. Soon after, the Museum also received The Large Glass as a bequest from another important collector, Katherine S. Dreier. Étant donnés entered the collection following Duchamp’s death in 1968 and has occupied its own dedicated space since 1969, according to his wishes.