The visitor can expect a transformative, disorienting and possibly disturbing experience. 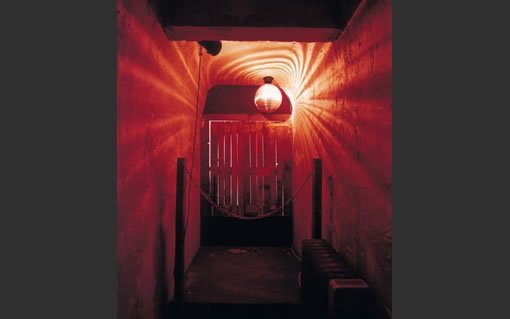 In June the Art Gallery of NSW will integrate more of its international and Australian contemporary art collection with the John Kaldor Family Collection. More than 200 works, many which have not been seen before, will form part of the new display. Two highlight works will be a new commission by the award-winning German artist Gregor Schneider, entitled Basement Haus u r (Basement cellar house) 1985–2012 and Richard Long’s Stone line, which has not been seen in the Gallery since 1977.

Richard Long’s Stone line was originally commissioned as Kaldor Public Art Project 7 in 1977 for the entrance court of the Gallery. It is twenty metres long, over two metres wide and consists of large slabs of basalt collected from one site in Australia.

Born in Germany in 1969, Gregor Schneider was awarded the Golden Lion at the Venice Biennale in 2001 for his infamous work Totes Haus u r, exhibited at the German Pavilion. Schneider later built the confronting Kaldor Public Art Project 21, beach cells, which created a dominating presence on Bondi Beach, Sydney, in 2007.

The artist is well known for the sensory aspects of his work. Since 1985 he has been rebuilding the interior spaces of his home in Mönchengladbach-Rheydt, Germany. As walls are removed or ceilings lowered, Schneider’s spatial incursions create a sense of claustrophobia. Such feelings of unease are heightened when the artist includes in the work lifeless, sculptural bodies covered in plastic or real people repeatedly performing everyday tasks.

For this latest commission, Gregor Schneider has created an eleven-by-four-metre room that has been shipped from Rheydt, Germany, and carefully inserted into the architectural fabric of the Gallery. A suite of photographs documenting Totes Haus u r accompanies his work. Gregor Schneider is in Sydney at the invitation of John Kaldor.

AGNSW contemporary galleries are supported by the Belgiorno-Nettis family.