42 works from the Gallery's collection 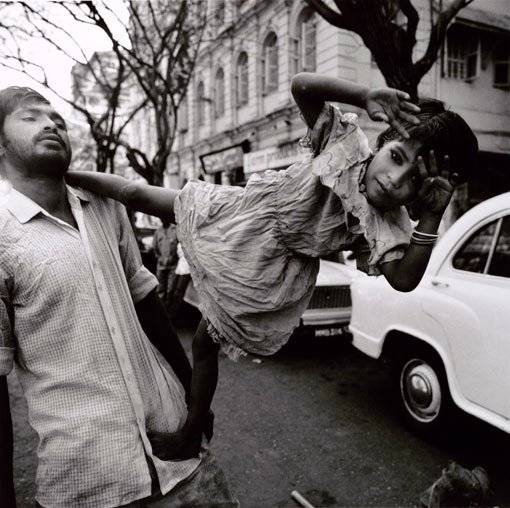 My Trip, a photographic exhibition featuring 42 works by Micky Allan, Max Pam and Jon Rhodes, charts the intersection of three distinct photographic responses to travel and the enforced confrontation with the unknown. The works were produced contemporaneously during the 1970s and 1980s. While all three Australian artists use photography as a means of recording and conceptualising their encounters with foreign landscapes, each asserts a uniquely personal voice within their pictorial travelogues.

Throughout his 40-year career, Max Pam has fixated on documenting the chance encounters that travel affords. In 1969 he responded to an ad posted on the notice board of the Monash University Student Union by an astrophysicist looking for a companion on a trip from Calcutta to London by car. Pam was captivated by the abundance of visual stimuli in the cultures he passed through which stood in such sharp contrast to the world of his upbringing in suburban Melbourne.

While Pam sought inspiration overseas, specifically in Asia, Jon Rhodes and Micky Allan set out on expeditions much closer to home. Rhodes has dedicated much of his photographic career to exploring Australian Indigenous culture. Living amongst the communities he photographs for substantial periods of time, Rhodes establishes a familiarity with his subjects that is palpable in his photographs. Rhodes often works with sequential arrangements of images that impose narrative schemes on the scenes depicted. Functioning like a storyboard, these image sequences re-enact the pace and progression of a journey.

Allan’s work also relies on the pairing of sequential images. After Christmas in 1975, she undertook a 17-day road trip through rural Victoria. Along the way she photographed every person she spoke to and invited them to take a photograph with her camera as well. Allan collated these photographs in a black-and-white tabloid-format newspaper, printing the paired images alongside transcripts of what was spoken during the exchange. The publication, from which this exhibition takes its title, not only provides an account of Allan’s personal experiences while on the road but also offers a window into the social agency and public reception of a woman travelling alone during the active years of second wave feminism.

An important contribution to Australian conceptual and post-object art practice, Allan’s work provides a dramatic counterpoint to that of Pam and Rhodes. All three enlist the photograph as a means of mediating their experiences while alienated from the comforts of the domestic and the habitual. My trip examines the photograph’s capacity to function as a tool that allows us to make sense of unfamiliar territory and negotiate encounters with strangers.