New Director of Collections for Art Gallery of NSW 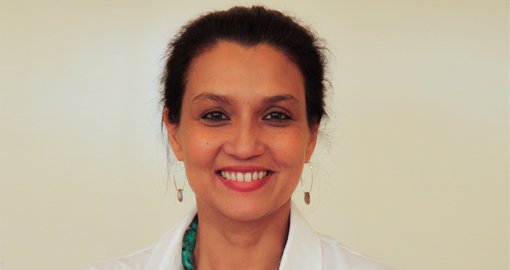 The Art Gallery of NSW is pleased to announce that Suhanya Raffel has been appointed to the new role of Director of Collections.

Ms Raffel comes to the Gallery from the Queensland Art Gallery/Gallery of Modern Art (QAGOMA) where she was the deputy director of curatorial and collection development. She was the acting director in the second half of last year and held many senior curatorial positions since joining QAGOMA in 1994.

Ms Raffel will be responsible for curatorial areas such as collection research and development, as well as conservation, collection management, public programs and education.

She joins the Gallery at an exciting time following the recent announcement of a vision and strategic master plan, titled, Sydney Modern, under director Dr Michael Brand.

Suhanya is a tremendous addition to our leadership team at this very important time for the Gallery. She brings strong international connections throughout the Asia Pacific region, North America and Europe and has shown great leadership in developing innovative approaches to collecting, interpreting and exhibiting art and to engaging with new audiences.

Suhanya was instrumental in the development of the Gallery of Modern Art in Brisbane. She is known as a great team builder, has expert curatorial knowledge and sound administrative capabilities. We look forward to welcoming her to the Art Gallery of NSW, said Dr Michael Brand.

Ms Raffel is a member of the Asia Art Council at the Guggenheim Museum, New York, and serves on the boards of the Australia-China Council, Department of Foreign Affairs and Trade, Canberra and Griffith University Asia Institute, Brisbane.

Ms Raffel said, I am thrilled to be joining the Art Gallery of NSW and am excited by its recent announcement for a new vision for the institution as well as a strategic master plan to double the size of the Gallery. I look forward to working as part of the leadership team towards the transformation of the organisation and to the creation of an even greater 21st century art museum in Sydney.

Ms Raffel has built a reputation for high-level scholarship in the field of contemporary Asian art, most notably with her leadership of the Asia Pacific Triennial of Contemporary Art (a project she has worked on since 1994) and building the renowned contemporary Asia Pacific collection while also leading such curatorial projects as Australia’s most comprehensive survey of Andy Warhol.

She has initiated and developed over 30 exhibitions and written and contributed to numerous publications.

Ms Raffel will commence in the role in July 2013.