The photograph and Australia

Experience the richness of Australian photography, past and present 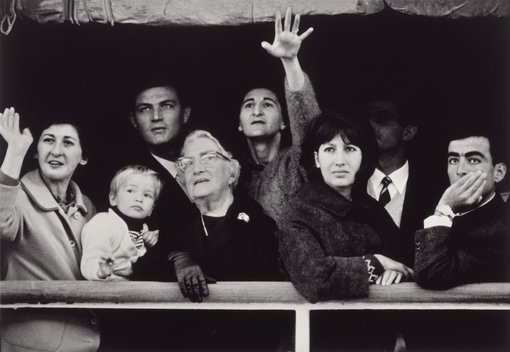 The Art Gallery of NSW is pleased to announce the major exhibition The photograph and Australia which opens on 21 March 2015. This is the largest exhibition of Australian photography held since 1988 that borrows from collections nationwide and looks at the history of the medium.

The works of renowned artists and those considered to be national icons are shown alongside those by unknown photographers and everyday material, such as domestic albums and postcards. The photographs in this exhibition tell people’s stories, illustrate where and how they lived, and communicate official public narratives. Scientific photography such as the earliest Australian X-rays and astronomical photographs appear alongside contemporary representations of people and place.

From mass media’s evolution in the 19th century to today’s digital revolution, The photograph and Australia investigates how photography has been harnessed to create the idea of a nation and reveals how our view of the world, ourselves and each other has been changed by the advent of photography.

It also explores how photography operates aesthetically, technically, politically and in terms of distribution and proliferation, in the Australian context. Highlights include works by Australia’s first professional photographer, George Goodman and recent works by Simryn Gill.

Curated from a contemporary perspective, the exhibition takes a thematic rather than a chronological approach looking at four interrelated areas: Aboriginal and settler relations; exploration: mining, landscape and stars; portraiture and engagement; collecting and distributing photography.

Exhibition curator, Judy Annear, senior curator, photographs, Art Gallery of NSW, said: ‘We are proud to present The photograph and Australia, an exhibition that considers how the photograph invented modern Australia.

Audiences are invited to experience the richness of Australian photography, past and present, and the sense of wonder the photograph can still induce through its ability to capture both things of the world and the imagination.’

Director Michael Brand stated: ‘We hope that The photograph and Australia will contribute to an understanding of the richness and complexity of the medium and provide impetus for further explorations of the photograph’s production, function and dissemination in this country. We trust that in doing so, it will also help place Australian photography in a broader international context.’

A richly illustrated publication will accompany the exhibition, reflecting the exhibition themes and investigating how Australia itself has been shaped by photography.

There will be related education programs, digital resources, a substantial film program and live events. A major symposium will also be held at the Art Gallery of NSW on 18 April addressing the proliferation and distribution of photographic images.