The photograph and Australia opens 21 March

See how the nation developed 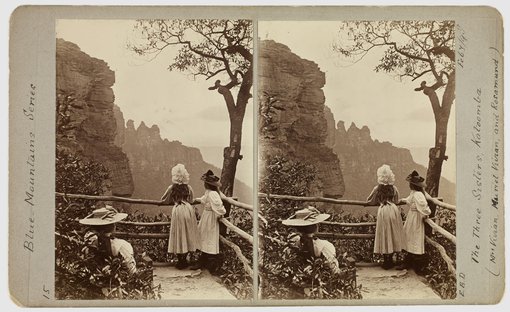 The Art Gallery of New South Wales is proud to present the major exhibition The photograph and Australia, which explores the crucial role photography has played in shaping our understandings of the nation. It will run from 21 March to 8 June 2015.

Tracing the evolution of the medium and its many uses from the 1840s until today, this is the largest exhibition of Australian photography held since 1988 that borrows from collections nationwide.

Iconic images are shown alongside works by unknown and amateur photographers, including photographic objects such as cartes de visite, domestic albums and the earliest Australian X-rays.

The exhibition’s curator – Judy Annear, senior curator of photographs, Art Gallery of NSW – said: 'Weaving together the multiple threads of Australia’s photographic history, The photograph and Australia investigates how photography invented modern Australia. It poses questions about how the medium has shaped our view of the world, ourselves and each other.

'Audiences are invited to experience the breadth of Australian photography, past and present, and the sense of wonder the photograph can still induce through its ability to capture both things of the world and the imagination.’

Curated from a contemporary perspective, the exhibition takes a thematic rather than a chronological approach, looking at four interrelated areas: Aboriginal and settler relations; exploration (mining, landscape and stars); portraiture and engagement; collecting and distributing photography.

A lavishly illustrated 308-page publication, The photograph and Australia (Thames & Hudson), accompanies the exhibition, reflecting its themes and investigating the medium’s relationship to people, place, culture and history.

The major publication is the product of extensive research undertaken by the Art Gallery of NSW’s senior curator of photographs, Judy Annear, with contributions by Michael Aird, Kathleen Davidson, Martyn Jolly, Jane Lydon and Daniel Palmer and a postscript by Geoffrey Batchen.

A major symposium will be held at the Gallery on 18 April 2015 addressing the proliferation and distribution of photographic images.