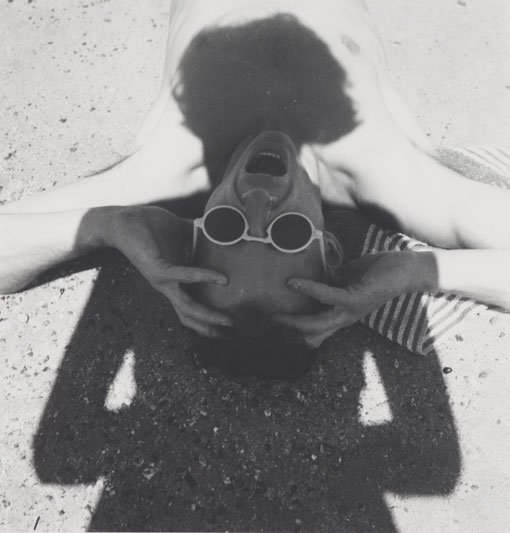 It is not merely the likeness which is precious in such cases – but the association, and the sense of nearness involved in the thing … the fact of the very shadow of the person lying there fixed forever! – Poet Emily Barrett Browning describing a daguerreotype in 1843

The Art Gallery of New South Wales is delighted to present Shadow catchers, an exhibition that explores the way shadows, body doubles and mirrors haunt our understanding of photography and the moving image.

Drawing on the Gallery’s collection, including the work of more than 57 artists and recent acquisitions on display for the first time, Shadow catchers is the fifth exhibition in the AGNSW Contemporary Collection Project series.

Isobel Parker Philip, senior curator of contemporary Australian art, said that ever since photography was invented, it has confounded and seduced audiences in equal measure with its capabilities to record and distort reality.

“Those attempting to make sense of photography’s revolutionary ability to record the real have often invoked the shadow as a metaphor, drawing parallels between the imprint left in photographic emulsions and the spectral silhouette that trails behind all of us. This impulse makes sense, since both are trace recordings cast by light.

“Shadow catchers considers how the shadow, along with the mirror and the body double, have been employed and examined by photographers since the invention of the medium. Photographs can provide doubles and emotional surrogates on which to affix our attachment – but what kind of doubles and what kind of intimacy?” Parker Philip said.

The exhibition’s thematic approach develops across four rooms, each with a key focus: mirrors, echoes, ‘split selves’ and ‘twinned time’. In the first room, dedicated to the topic of mirrors, works by artists such as Eugenia Raskopoulos, Coen Young, Jacky Redgate and Ilse Bing explore the parameters and meaning of reflections, and enlist the mirror as a means of distortion.

In the second room, Patrick Pound's major work The image pool 2016, along with the new commission A world and its moon 2020, turn the echo into an optical effect and demonstrate how visual coincidence can upend interpretation. Sophie Calle also examines the pliability of perception in Romance in Granada 1986, from the series The blind, in which she asked people who were born blind to describe their idea of beauty and then photographed the scenes and objects referenced, attempting to translate their imagined images.

In the room dedicated to ‘split selves’, the boundaries of bodies, identity and multiplicity are investigated. Subjects are conjoined, cloned and spliced in the works of artists, such as Julie Rrap, John Stezaker and Zanele Muholi, as they play with the conventions of pictorial representation and plot the unfixed experience of being in the world.

Photographs and films capture moments in time for eternity, providing the ability to rewind, pause and replay the past. The final room of Shadow catchers, titled ‘twinned time’, considers how the past converges with the present through the elasticity of these mediums. Soda_Jerk's video installation After the rainbow 2009 reimagines the plot of the 1939 film The wizard of Oz, so that child star Judy Garland encounters herself as an adult actress, thereby disrupting a pop-cultural mythology and casting ideas of doppelgangers and body doubles across time.

The Art Gallery of NSW and Red Room Poetry will present poetic reflections on the mirrored realms and split selves of Shadow catchers as part of Sydney Writers’ Festival in April. A special before-hours tour of the exhibition, will be presented by exhibition curator Isobel Parker Philip and six poets who have responded to the works on display. David Brooks, Joelistics, Ali Whitelock, Saba Vasefi and Melinda Smith are five of the participating poets, with the sixth being a winner from a callout to the public to enter their own poetic responses to a work in the exhibition. Details of the public poetry competition can be found online. The poetic collaboration will also feature as part of Art After Hours as the poets perform their work live in the Gallery’s entrance court.

Ruby Arrowsmith-Todd, curator of film, presents a new free film series in conjunction with the exhibition, Flim-flam: cinema of fakes, cons, doubles, which explores the use of doppelgangers, false identities and body swaps in cinema. In March, Arrowsmith-Todd will also present a ReCollection talk focusing on Soda_Jerk’s video installation After the rainbow 2009.

Additional public programs in association with Shadow catchers include a drop in and draw workshop for all ages and a special edition of the Gallery’s art and dementia program that provides an inclusive group discussion and creative art-making experience for people living with dementia and their care partners.

On view
until 17 May 2020
Art Gallery of New South Wales
Art Gallery Road, The Domain, Sydney