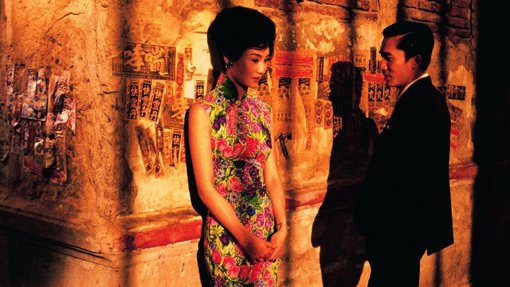 Still from In the mood for love. Courtesy Jet Tone

On the opening weekend (24 June, 2pm), Lingyu’s brilliant performance in the silent classic The Goddess will be accompanied by a newly-commissioned live score by Hong Kong-born, Sydney-based musician and artist, Chun Yin Rainbow Chan.

“In 1930s Shanghai, Ruan Lingyu was the original screen ‘goddess.’ Her tragic suicide at the age of 24 was described by the New York Times as the ‘funeral of the century,’” Arrowsmith-Todd said.

“L.A-born Wong was Hollywood’s first Chinese-American film star. Making the transition from silent films to talkies, she toured Australia in 1939 and was an outspoken critic of the limited roles available to actresses of colour,” Arrowsmith-Todd said.

“Compared to their predecessors, both Cheung and Zhao represent a new kind of transnational stardom which moves between national borders, hybrid genres, and richly nuanced roles,” Arrowsmith-Todd said.

Other highlights include Zhao’s role as a theme-park dancer in the surrealist drama The World; Cheung’s unforgettable performance as a latex-clad cat-woman in Olivier Assasyas’ Irma Vep, and her portrayal of Ruan Lingyu in Stanley Kwan’s biopic, Center Stage.