Tracey Moffatt: Laudanum and other works

28 works from four series, including the complete Laudanum series 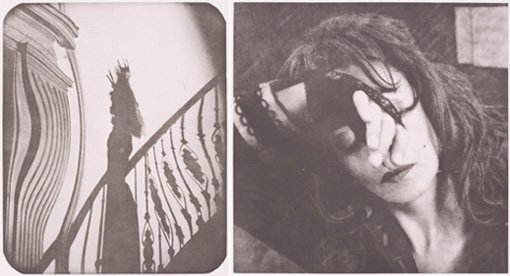 Tracey Moffatt is one of Australia’s most influential artists. She has been selected to represent Australia at the 57th International Art Exhibition, Venice Biennale 2017, and earlier this year was awarded an Order of Australia for distinguished service as a photographer and filmmaker and as a mentor for Indigenous artists. Judy Annear, Art Gallery of NSW senior curator, photographs, said Moffatt sees her practice as being reflective of broad social realities as much as the experience of the individual.

‘The pleasures and pains of human experience, from the extreme to the mundane, underpin all of Moffatt’s work,’ Annear said.

The Art Gallery of NSW has the most substantial collection in Australia of Moffatt’s work with over 120 pieces from 12 series, dating from 1985 to 2013. Laudanum and other works, on show from 25 May to 4 September 2016, consists of 28 works from four series (including the complete Laudanum series). The exhibition enables the study of key threads and the artist’s particular use of the still and moving image.

Moffatt’s Laudanum 1998 and Plantation 2009 are related through a number of motifs and production techniques. Colonial homes are used as locations for the examination of fears and desires.

The artist’s love of cinema and melodrama is evident, Laudanum with its references to Murnau’s 1922 expressionist film Nosferatu, as much as to Joseph Losey’s The servant 1963, and Plantation referring to diverse cinematic influences from The grass is singing 1984 and Cape Fear 1991 to Mandingo 1975.

In Laudanum, as Moffatt noted in 1999, ‘we get to peek in, a private drama is enacted.’ We are encouraged to look through keyholes, bars and doorways. This attention to framing within and around the image is a Moffatt signature. We are inside the house – though as a voyeur. We become complicit in what appears to be a sado-masochistic relationship between mistress and servant – or is it a drug induced fantasy? This haunting sense of uncertainty is pervasive in much of Moffatt’s work.

Moffatt’s knowledge of the history of the photographic medium is presented through the subtly toned photogravures of Laudanum and the printing and painting on handmade paper in Plantation. This meticulous attention to look and feel is another of the artist’s signatures. In 2009 Moffatt wrote that in the period she made Laudanum she liked to find ‘…a location and spin a story around it. Visual colour and pop style was not in my head but vintage photographs were.’

Plantation evokes old hand coloured photographs – wrinkled and uneven, their texture adds to their allure. As Moffatt noted about this series in 2009, ‘there is a battered quality to the printing; the images struggle to be images. They are cracked and parts of the image are not there. The pictures feel as though they have been unearthed…’

The Montage videos (made with Gary Hillberg) Love 2003 and Other 2009 are two sides of the same coin. Love traces the evolution of romantic love through to brutality in the name of love over a grueling 21 minutes; Other narrates the explosive attraction between races, sexes and genders in a remarkable seven minute dash. Two from a series of eight which began in 1999, Montage takes clips from mainstream cinema. While all of the montages deal with elements of stereotyping, whether the figure of the mother, the artist or themes of destruction and revolution, each approaches, unravels and stitches together their subject differently.

Constructed to behave as Hollywood movies do by inviting the spectator into what seems like entertainment, the montages reveal the nature of representations. Alternately funny and tragic, horrifying and compelling, through selection and editing the montages dramatically enhance the viewer’s reactions. As Moffatt noted in an interview in 1998, ‘My work is full of emotion and drama… my narratives are usually very simple but I twist it.’

Moffatt’s first solo exhibition was held at the Australian Centre for Photography in Sydney in 1989. She gained significant critical acclaim internationally when her short film Night cries was selected for official competition at the 1990 Cannes Film Festival. Her feature film, beDevil, was also selected for Cannes in 1993. In 1997, she was invited to exhibit in the Aperto section of the Venice Biennale. A major exhibition of Moffatt’s work was held at the Dia Center for the Arts in New York in 1997/98 which further consolidated her international reputation.

In 2007 a comprehensive monograph, The moving images of Tracey Moffatt, was published by Charta, Milan. She was the recipient of the prestigious 2007 Infinity Award for art from the International Center of Photography, New York. A solo survey exhibition featuring all her film work was held at The Museum of Modern Art, New York in 2012 and in 2013 Moffatt received an Australia Council Laureate award.