Strong visitation and critical acclaim for The Greats 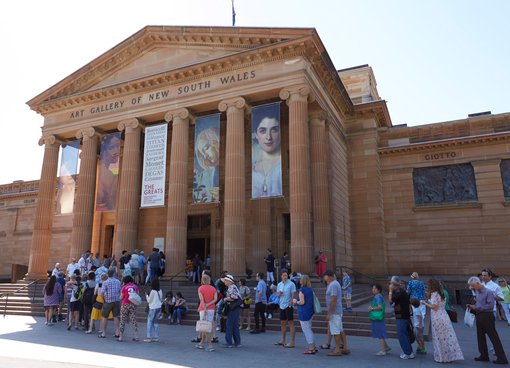 Visitors to The Greats: masterpieces from the National Galleries of Scotland at the Art Gallery of New South Wales

Art Gallery of New South Wales director Michael Brand said he was delighted that the exhibition, drawn from the collection of the National Galleries of Scotland in Edinburgh, provided such a high level art experience for Australian and international audiences.

“My hope as The Greats opened was that visitors to the Gallery would savour their summer by slowing down and spending time contemplating the remarkable creations of these masters, and this was well and truly realised with extraordinary visitor feedback and strong visitation,” Brand said.

“I’m thrilled that so many people took the opportunity to view some of the most exceptional old master works ever seen in Australia from the greatest names in Western art including Botticelli, Leonardo, Raphael, Titian, Velázquez, Rembrandt, Vermeer, Monet, Degas, Gauguin and Cézanne.

“I thank wholeheartedly my colleague Michael Clarke CBE, Director of the Scottish National Gallery with whom I have worked since 2012 on the development of this exhibition. I am most grateful for his generosity in loaning us these incredible works. My thanks also to Sir John Leighton, Director-General of the National Galleries of Scotland for his collegiality in realising this project,” Brand added.

Throughout the exhibition audiences were able to enjoy guided tours as well as the Gallery’s evening programming, Up Late with the Greats that drew over 15,000 visitors to the Gallery on Wednesday, Thursday and Friday evenings in January. A special edition of Art After Hours saw TV personality and comedian Hannah Gadsby hosting a series of talks to a full house followed by live music performances from Aria Award-winning Sydney gypsy band, Monsieur Camembert. Members of the Australian Brandenburg Orchestra performed a popular series of specially-programmed recitals, featuring music drawn from the eras of European history represented in the exhibition.

Budding and experienced artists alike took the opportunity to participate in The Great Drawing Salon taking inspiration from the exquisite craftsmanship on display in The Greats, sketching away to the sounds of classical music. Up late with The Greats also featured a pop up bar serving Old Master, a bespoke beer inspired by The Greats from the team at Sydney brewery, Young Henrys.

The Greats fully-illustrated hardback publication featuring an essay by Michael Clarke, produced by the Art Gallery of New South Wales sold over 7,000 copies, selling out on the last weekend of the exhibition. The ABC Classics CD and digital download The Greats: masterpieces of European music, was also a Gallery Shop bestseller.

The Greats was presented as part of the Sydney International Art Series and made possible by the support of Strategic Partner Destination NSW, the NSW Government’s tourism and major events agency.

NSW Minister for Trade, Tourism and Major Events Stuart Ayres said, “The Greats was an exhibition truly befitting of its title, and it’s fantastic to see such incredible visitation results. The Sydney International Art Series brings the world’s foremost artists and exhibitions to our State, attracting thousands of domestic and international visitors and providing a boost to local hotels, restaurants and businesses.

“I congratulate the Art Gallery of NSW on these fantastic results, and encourage anyone considering visiting Sydney to look out for the next installment of the Sydney International Art Series later this year.”

Oceania CEO and Managing Partner Tony Johnson said that as a long-term principal sponsor and supporter of the Gallery, EY was delighted to help bring this impressive exhibition to Sydney.

The diverse programming of the Sydney International Art Series continues this year at the Gallery with the opening of Nude: Art from the Tate collection in November. A partnership between Tate, London and the Art Gallery of New South Wales, Nude: Art from the Tate collection will present over 100 powerful works including paintings, sculptures, photographs and prints. At the heart of the exhibition is Auguste Rodin’s sculpture The Kiss 1901-04. 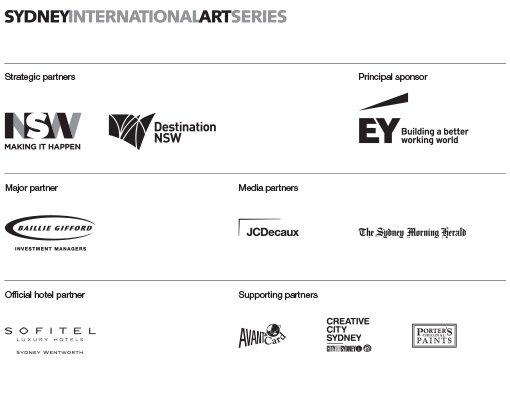