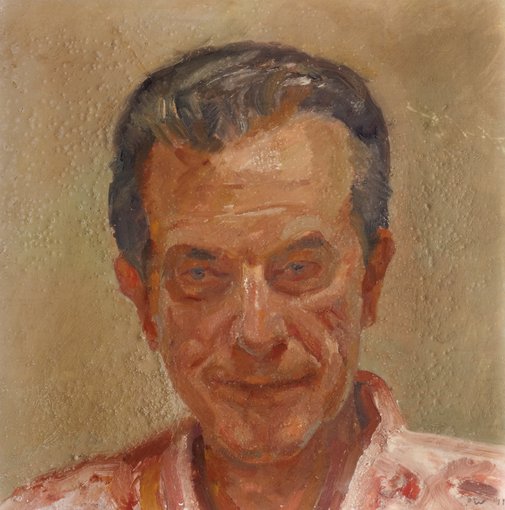 Richard Morecroft is best known for his two decades as the 7 o’clock news presenter for ABC TV. He has also hosted other television programs from current affairs shows to wildlife documentaries and currently hosts the SBS games show Letters and Numbers. He is also an exhibited landscape photographer. He has been a long-time trustee of the World Wide Fund for Nature (WWF), is a patron of WIRES, a governor of the Taronga Foundation and a member of the Board of the Bundanon Trust, which looks after the Shoalhaven properties and collections gifted to the nation by Arthur Boyd.

Peter Wegner was first introduced to Morecroft around three years ago when he came to the opening of one of his exhibitions, then at Bundanon and again in Melbourne. ‘He has a very interesting and engaging face,’ says Wegner. ‘It’s sculpturesque with strong angles and features. We have kept in contact over the last couple of years and I suggested we try a small portrait for the Archibald.’ Wegner painted Morecroft while he was in Melbourne during the filming of Letters and Numbers.