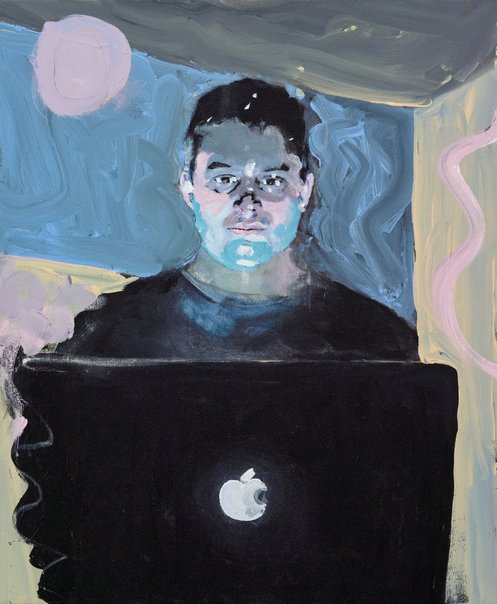 This is the fourth time in the Archibald Prize for Benjamin Aitken, who is also a finalist in this year’s Sulman Prize.

This year he has entered a self-portrait. ‘Initially not intended for the Archibald Prize, I was encouraged by a previous winner to enter, so I did. I don’t like to over-explain my paintings,’ he says.

Aitken was born in Melbourne in 1991. A self-taught artist, he is known for his abstract, text-based paintings and portraits. In 2018 he won the Tony Fini Foundation Artist Prize at the Art Gallery of Western Australia.

Aitken’s previous Archibald portraits were of fellow artists who themselves have had multiple works in the Archibald, Wynne and Sulman Prizes: in 2016, it was Jon Cattapan, who had been something of a mentor to Aitken; in 2018, it was his good friend Natasha Bieniek (the 2015 Wynne Prize winner); and last year, another friend, Fiona Lowry (who won the Archibald in 2014).