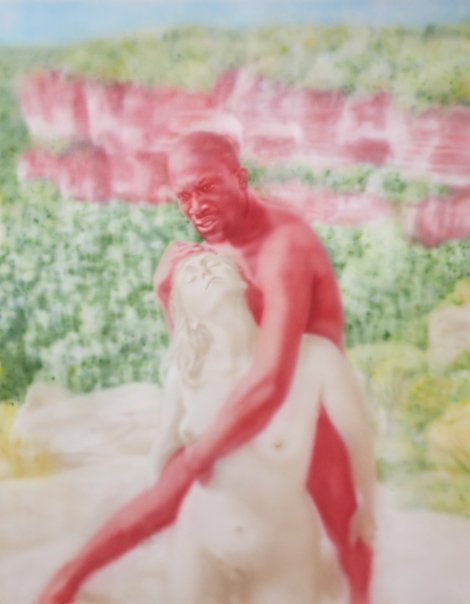 This work is from a series inspired by the chance discovery of a 1950s book that listed Australia’s bushrangers. Surprisingly, the first was a man named John ‘Black’ Caesar of unknown African parentage. He was a slave in America who sought freedom in Britain only to end up a convict in Australia.

It’s a curious story because it reveals that colonial Australia was multi-racial from the outset. I was also interested in his relationship with fellow convict Anne Power, with whom he had a daughter and possibly a son.