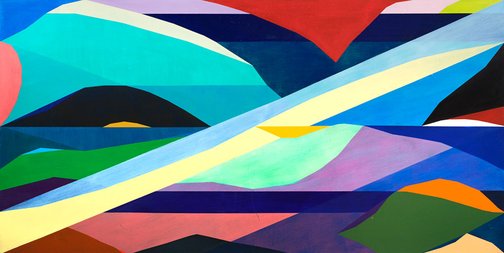 Because of our imposing geographical mass as a single continent, Australia is often viewed as its own entity, rather than what it really is: a vast island in a sea of islands known as Oceania.

This work pays homage to the origin myths of Oceania, particularly the Maori legend of the sky and earth being separated to admit the light of day.

Landscape is so often signalled by the division of sea and sky but this work deals with convex space rather than a conventional horizontal perspective. With a wider scale and a paler palette, I explore the inverted geology under the sea or the unmapped strata of clouds.