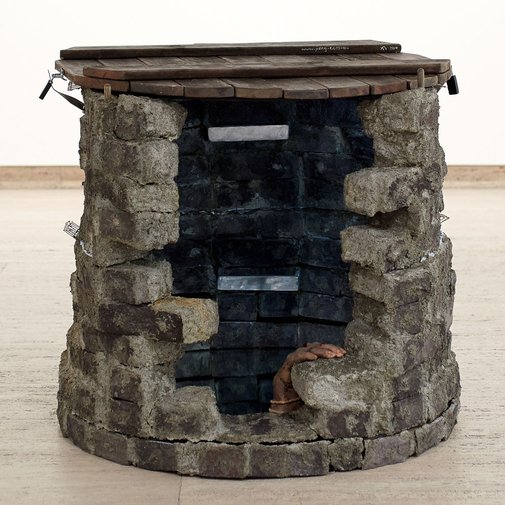 We perceive what we expect to see until our brain is confronted with conflicting information. This sculpture creates such conflict as a result of the interplay between the physics of light, reflection and inanimate objects. Mirrors were used to create an optical illusion of a dark, bottomless well. The brick wall perimeter was carefully constructed so as to merge seamlessly into the mirrored reflection. The gripping hand has been incorporated to represent a person hanging off the wall and about to meet an unknown fate akin to the struggles and outcomes encountered in one’s lifetime.