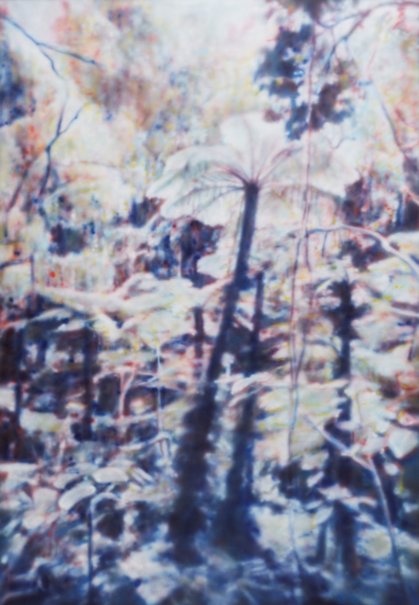 This painting came from a trip I took to the rainforest-clad peaks of Bunya Mountains National Park in south-east Queensland, which shelters the largest stand of ancient bunya pines in the world.

I had heard stories of the Aboriginal groups that came every three years for the bunya nut feasts. I also heard other, more recent, sinister stories about the Native Police and their push into Queensland, which left many dead and the landscape haunted by fear and denial.

The bunya feasts ceased after traditional pathways became blocked by settlement and loggers began cutting down the bunya trees. Today these tree ferns sit like sentinels beneath what remains. The silence is deafening.