In line with decisions made by the National Cabinet as communicated by the NSW Premier Gladys Berejiklian, the Art Gallery of New South Wales is currently closed but will reopen to the public on June 1. The Gallery will be observing strict social distancing and hygiene measures to protect the health of all visitors and staff and minimise the spread of COVID-19 (coronavirus) in the State. More information

Floorplan Ground levelFront of the Gallery 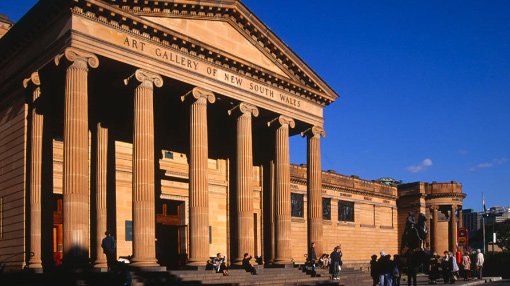 The facade and old wing of the Gallery were built between 1896 and 1909. For more information see History of the building.

In 1903 the Trustees decided to beautify the facade of the Gallery with a series of six bronze relief panels be designed depicting the six 'distinctive historical art periods’ of the Assyrian, Egyptian, Grecian, Roman, Gothic and Renaissance. Only four of the six intended panels were ever completed. The four completed reliefs are subjects from (left to right) Assyria, Egypt, Greece and Rome.

View collection works on display in Front of the Gallery 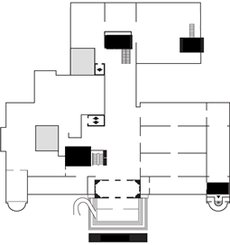 See information on how to get to the Gallery.

There is an access ramp on the left if you are facing the front of the building. There is also a wheelchair entrance at the rear. More information