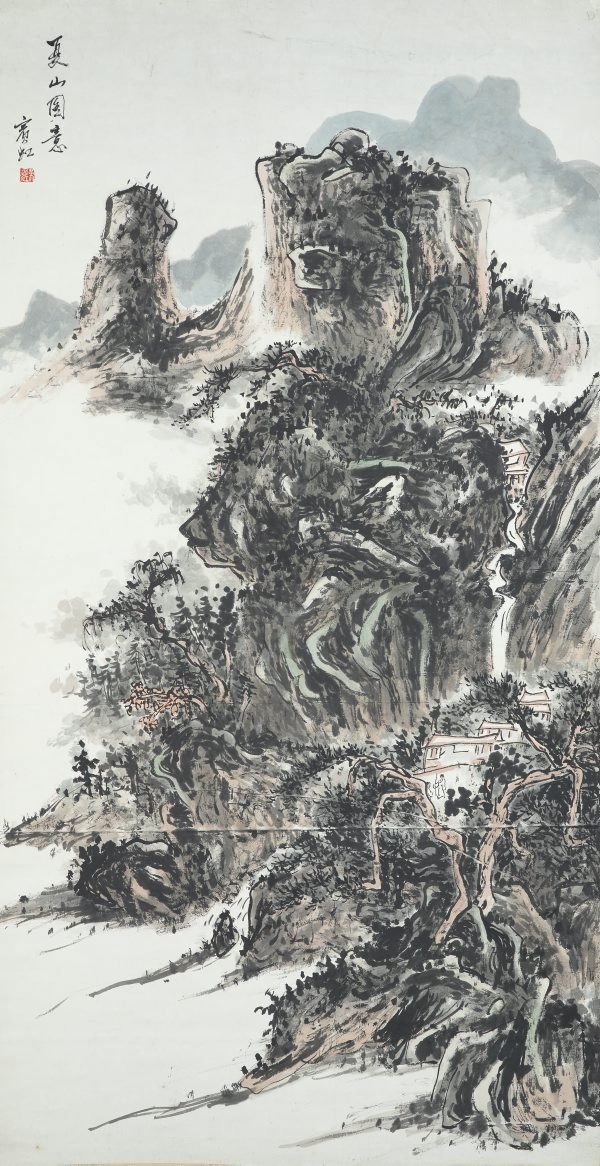 Huang Binhong is a renowned master of modern Chinese art and is considered perhaps the last of China’s great literati painters. He was born in 1865 into a literary family, and began in childhood to copy the work of earlier masters. Throughout his career as a painter, spanning more than 80 years, he regularly travelled in mountainous regions throughout China. He particularly admired the dramatic Huangshan mountain range in his ancestral province of Anhui and it inspired many of his finest paintings. As art historian Michael Sullivan remarked, ‘Everywhere he went, he sketched, making notes of the light and colours of the moment like an impressionist…’. In his later years, Huang Binhong developed a unique brushstroke style, applying ‘thick, dark, dense and heavy’ ink to his landscape paintings, thereby creating strong, expressive images such as this painting, Summer mountain.

The artist had extensive knowledge of Chinese painting and wrote several books on the subject. He was also the chief editor of an encyclopaedia of fine arts and was active in promoting traditional painting styles and reviving the Anhui School of Chinese painting. From 1909 until 1937 he lived in Shanghai. Probably produced in the 1940s, it is likely that Summer mountain was painted during the period in which Huang Binhong lived in Beiping (now Beijing,1937-1948). Later he became head of the Zhejiang Academy of Arts in Hangzhou, where he spent the remainder of his life.