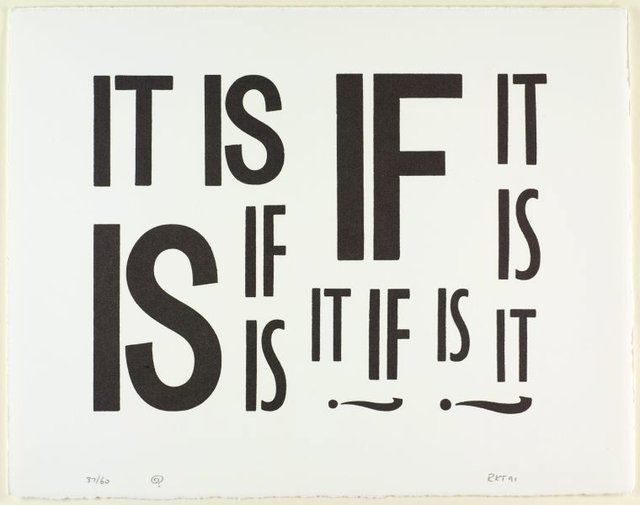 By word works I mean visual/verbal or image/language/sign interactions which play between levels of message, medium and meaning; between text and context; between title and content; combining or manipulating or deleting elements to create a floating springboard to regions more lateral. These prints are not 'copies' of visual poems or word sculptures existing somewhere else: they are, each, originals.

Printed on a Grafix Letterpress Proving Press at the Graphic Investigation Workshop of the Canberra School of Art.The first six in this set are from the late 60s. Three 'pure' concrete typographs from 1967-68 (written aged seventeen and eighteen) are placed in counterpoint with three short poems from 1968-70 which have visual - and phonic - elements inherent in their composition. The second six are works depending for their effect on the 'visual utterance' of font, layout and composition: the word as image. Three of these are from the late 70s (1977-80), and three very recent (1991). Some have been printed or made as sculpture previously, but each has been approached freshly here in the context of the 280 x 220 mm sheets, each page hand-torn.